Skip to main content
Home » News and Events » What options do we have for slowing this patient’s myopic progression?

1.Behavior modification is the first step in myopia control.

Behavioral modifications, such as an extra 40 minutes of time outdoors, which research shows can reduce the progression of myopia, and following the 20-20-20 rule (a 20-second break to view something 20 feet away every 20 minutes) to reduce eyestrain from increased use of digital devices. The other option: using contact lenses to halt the progression of myopia.

A 2017 report by the Common Sense Media, a nonprofit organization, suggests that 98% of households with kids under eight have a mobile device.  It is also reported that 42% of children of age eight and younger now have their own mobile devices, with the average usage being two hours and 19 minutes. As well, a majority of teenagers spend more than four hours per day with screen media.4 Therefore, children and teenagers are exposed to these short viewing distances and electronic displays for a significant amount of time.

The electronic displays are a contributing factor in myopia development, it is likely that they do so by increasing the amount of time children are exposed to hyperopic defocus and not the magnitude of the hyperopic defocus. In an effort to control myopia progression spending time outdoors might be a preventive factor for myopia. Also, the reduction of time spent on electronic devices. Electronic devices could indirectly be contributing to myopia development by influencing children to spend more time inside and less outside.

The simple reduction and moderation of time spent at nearpoint task and digital technology have been shown to reduce myopic progression. The easiest method is to set time limits for reading and use of digital technology. Monitor reading techniques and encourage short breaks to enhance understanding and allow for ocular stress reduction. 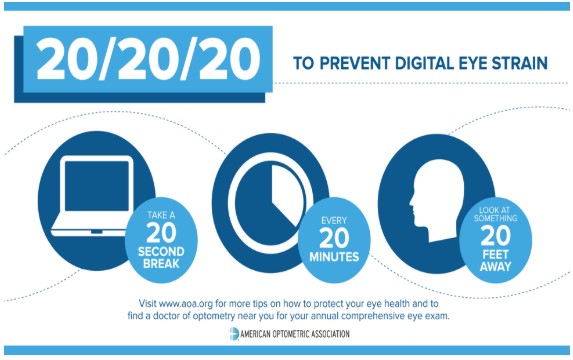 First of all the eye is a highly metabolized organ requiring good nutrition to maintain proper vascular blood flow and reduction of oxidative stress. As such – everyone should be seeking proper nutrition, which is not only good for the eyes, but good for the general health of the body.

The healthier the body – the healthier your eyes. We will recommend the Mediterranean type diet full of colorful vegetables – lean proteins – high in quality Omega (EFA) and low on poorly processed sugars. This is also sometimes referred to as the DASH diet.

Children who developed myopia had a generally lower intake of many of the food components than children who did not become myopic. The differences were statistically significant for energy intake, protein, fat, vitamins B1, B2 and C, phosphorus, iron, and cholesterol.  (https://www.myopiainstitute.com/types-of-myopia-control/nutrition-and-its-role-myopia-progression/)

5 foods to limit or avoid on the MIND diet:

The following items have been linked to good eye health: 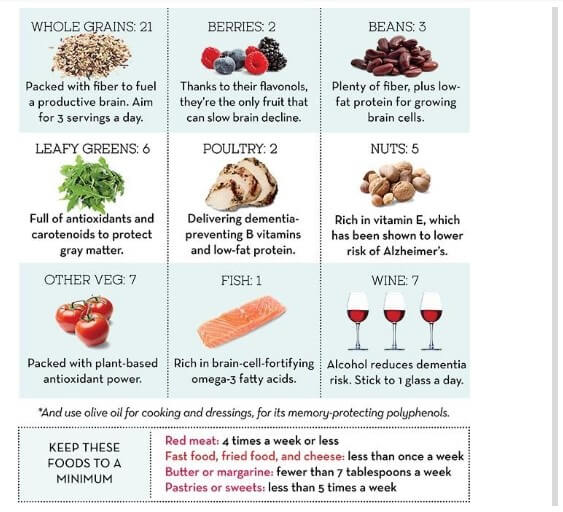 A protective effect of improved outdoor time for onset but not progression of myopia. Outdoor time is considered to reduce the risk of developing myopia.

The protective effects of bright light against the development of myopia have shown that the effect is, at least in part, mediated by dopamine within the retina.

The Avon Longitudinal Study of Parents and Children (ALSPAC), also known as the Children of the 90s study, followed nearly 7000 children in Great Britain and found that those who spent little time outdoors daily at 8-9 years of age were 40% more likley to develop myopia by age 15 than those who spent 3 hours a day or more outdoors in the summer and more than 1 hour daily in the winter. 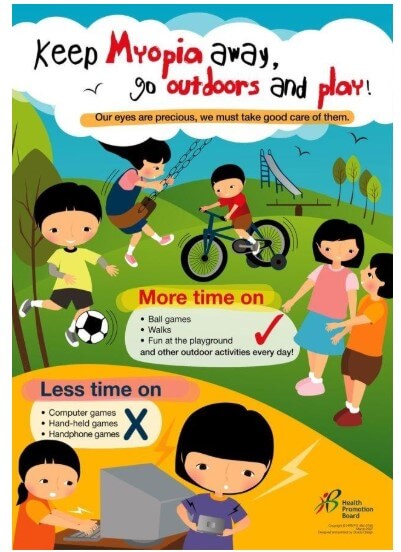 Best in Eye Care 2 years in a row!